“UNDER LAYERS” featuring the Street Art of Kinzie Davis – Dec 2014

Kinzie Davis was born and raised in a suburban boiling pot of positive and destructive culture is an artist who works in a variety of media. He mainly including and mixing the tools of graffiti and corporate advertising to create his work. By experimenting with aleatoric processes, he tries to approach a wide scale of subjects in a multi-layered way, likes to involve the viewer in a way that is sometimes physical and believes in the idea of function following form in a work. His artworks directly respond to the surrounding environment of thought and uses everyday experiences from the artist as a starting point. Often these are framed instances that would go unnoticed in their original context. However by contesting the division between the realm of memory and the realm of experience, he formalizes the coincidental and emphasizes the conscious process of composition that is behind the seemingly random works. The thought processes, which are supposedly private, highly subjective and unfiltered in their references to dream worlds; are revealed as beautiful moving assemblages. His works feature the coincidental, the accidental and the unexpected connections; which make it possible for any willing viewer to step directly into the artist mind and emotions. His personal follow-up and revival of a past tradition is important as an act of meditation. His collected, altered and own works are being confronted as aesthetically resilient, thematically interrelated material for memory and projection. He believes that the corporate world is slowly destroying human creativity, by drowning us in consumer and political propaganda. He wants to preserve what is left by creating thought provoking art for illuminated minds by revealing these Under Layers. 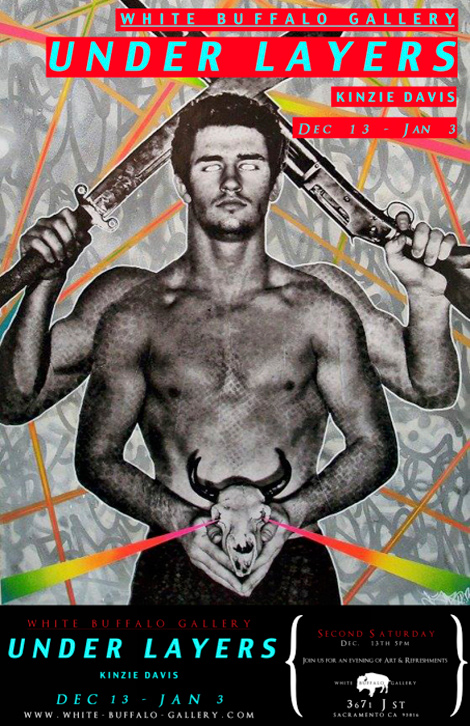